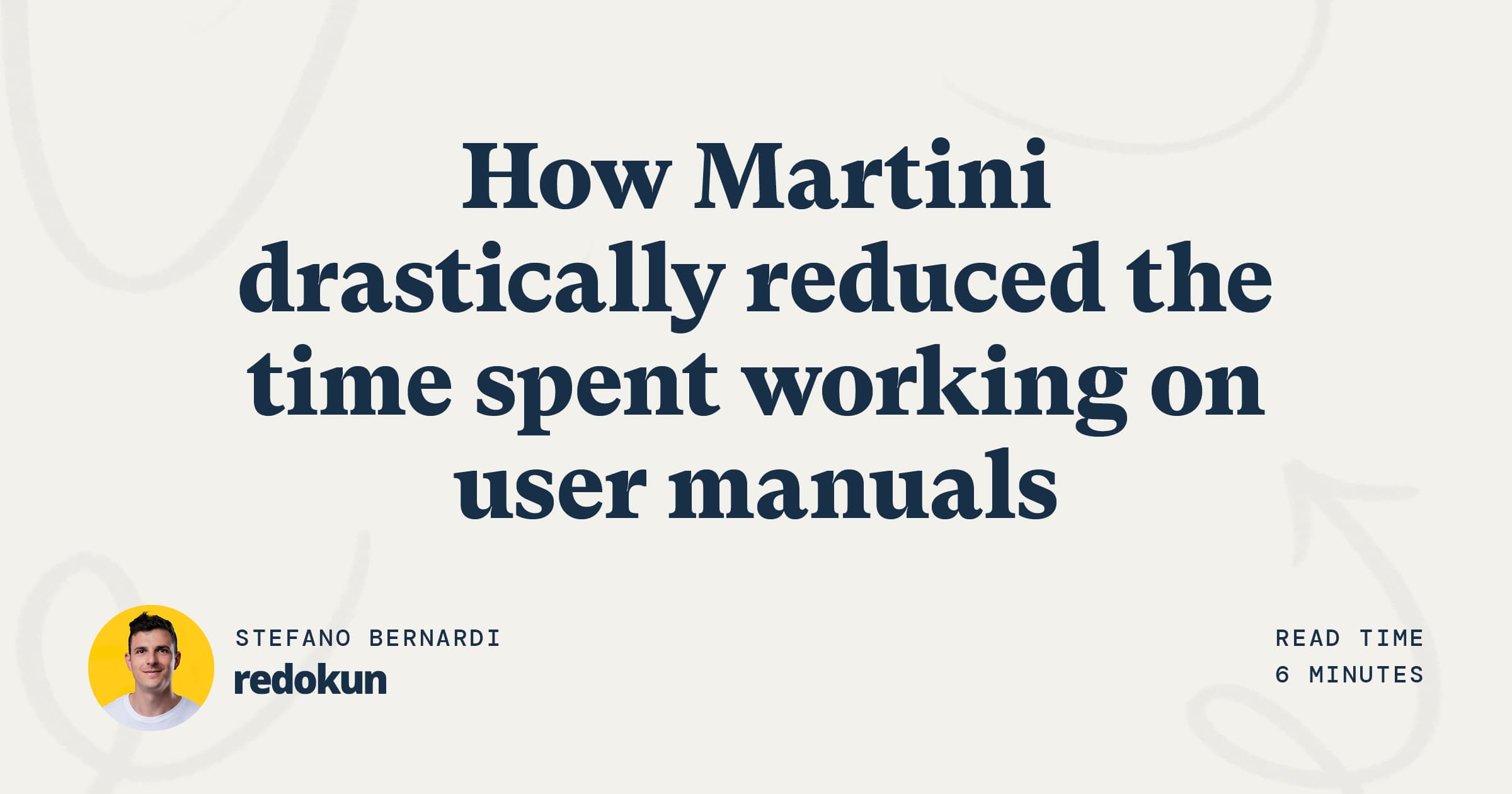 Alessio’s year has been a success.

It’s a Monday evening. I meet Alessio after work to learn more about his recent experience as a technical writer.

Alessio and I met at the beginning of 2017. He stumbled upon a post I wrote for InDesignSecrets and thought it was worth getting in touch.

“I noticed the post was signed by an Italian name. I googled it and found your LinkedIn profile. You were not that far so I thought it was worth having a chat.”

At that time, Alessio was having troubles with handling a growing amount of user manuals produced in many languages.

“I was literally fighting with time. I hadn’t even finished with a manual before I already had several other requests. It was a mess. And I couldn’t see a way out of it! And yet, the answer was so simple!”

Working for Martini Srl as a technical writer

Despite the economic crisis, Martini’s business has grown steadily in the last couple of years. They are known for the quality of their packaging solutions, and their clients constantly refer them to businesses all over the world.

Alessio tells me that every new deal contains many machines. Each machine is customized to meet the client’s needs so it requires a dedicated user manual. All these documents have to be in the user’s language.

“Stefano, I feel very responsible for my job. If a single machine is missing its user manual, the entire plant has to come to a halt. Can you imagine what that would meant? My documents have to be delivered on time!”

Improve the use of InDesign

Being an advanced Photoshop’s user, it came naturally for Alessio to start using InDesign.

Of course, he immediately realized the importance of improving his knowledge of the tool and signed-up for an advanced InDesign course.

“I also started following many blogs, and googled for scripts and tips that could increase my productivity. InDesign is amazingly flexible and also very powerful. You just have to use it right.”

As a side note, Alessio’s curiosity is still very alive. As we speak, he tells me about some of the scripts and guides he has found online. Among these, he mentions this script by Kasyan. It replaces links with new ones in a chosen folder – very helpful with images that contain text that has been translated.

Using InDesign perfectly as Alessio does wasn’t enough though. The workload was too much for a single technical writer (who is also an in-house photographer and a graphic designer – we all have been there).

“Outsourcing wasn’t actually a real choice. Because then I had to take care of guiding the vendor and explaining the products to them. I knew I had to either hire someone or improve the documents.”

Alessio explains to me that their machines have a common base they personalize by adding other parts (they call them accessories).

“When we add an accessory, of course, I have to adapt the instructions, but the functionalities are still there. What changes the most is the controller. So I thought about splitting the document in two. One for the machine. The other for the controller.”

He then created a different template for each “base product” and introduced the use of conditional text.

Alessio’s efforts paid off immediately. He was always perfectly on time.

Martini’s business kept growing though, and with it also the number of user manuals. Alessio was back at square one even though he made his documents perfect and he knew InDesign by heart.

“I was working extra hours and yet, I was forced to edit the already translated documents because there just was not enough time. I had to place notes and footnotes here and there among my documents to remind me about some edits. I am sure I have some notes somewhere from that time that I didn’t apply to other documents.”

He tells me that he realized the seriousness of the issue. Editing documents that you don’t understand may lead you to real problems. Making mistakes is extremely easy. A single note or warning might be very important and forgetting it might be crucial.

In Italy the producer is legally responsible for what is written in the original document – not the translated version. So, not having an updated document in Italian but in other languages (like Russian) meant that he didn’t have control over the information written in the document.

In a single order, he could have different versions of the same files. And edit after edit the complexity he was dealing with increased.

“It was a jungle of documents!”

Currently, there are more than 3000 operating machines around the world produced by Martini.

Looking for the right solution

“I understood I could improve my workflow and you appeared on my radar at the right time. Your post on InDesignSecrets convinced me you might have the answer to my struggles.”

He thought he didn’t know enough about InDesign and that he needed my help to learn other features.

“I thought that InDesign books could be the solution. I knew about them but at that time, I’ve never used them, so I couldn’t actually tell. And, thinking about it, I realize now that that wasn’t the answer.”

Alessio tells me he knew his workflow wasn’t OK, but he didn’t realize how much of a difference it could make having control over the translation of his files.

“It saves half of my time! Now I can focus on the quality of the user manuals.”

Before contacting me, Alessio already took all the steps he could take alone. If you have troubles with time or time-collateral issues (like errors and low-quality documents) you should follow his steps too.

What he couldn’t do alone, unfortunately, was create an efficient workflow because he didn’t have the tools to do so.

He says that he understood he needed to work in the Italian version of his documents and make sure that all the content was immediately shared with the other translated versions, but he didn’t know how to do it efficiently.

“Redokun makes my life much simpler. It does what it has to do. It requires no maintenance. It helps you step-by-step. And the more you use it – the more it helps you!”

Alessio didn’t want to hire someone else or outsource the production of Martini’s documents. He needed a very simple tool that allows for the simple creation of the updated translated file, without changing his workflow.

“Redokun allows me to convert my InDesign documents from one language to another so quickly. Sometimes I don’t even need to go to translation because the translated text is already saved in Redokun.”

Alessio says that Redokun is very easy to learn. It took him just a couple of days to learn the tool and a couple more to actually be completely up and running.

After these 3 first months, he was able to:

“Any time a technical writer mentions an issue related to the translation of a document I immediately suggest trying Redokun.” 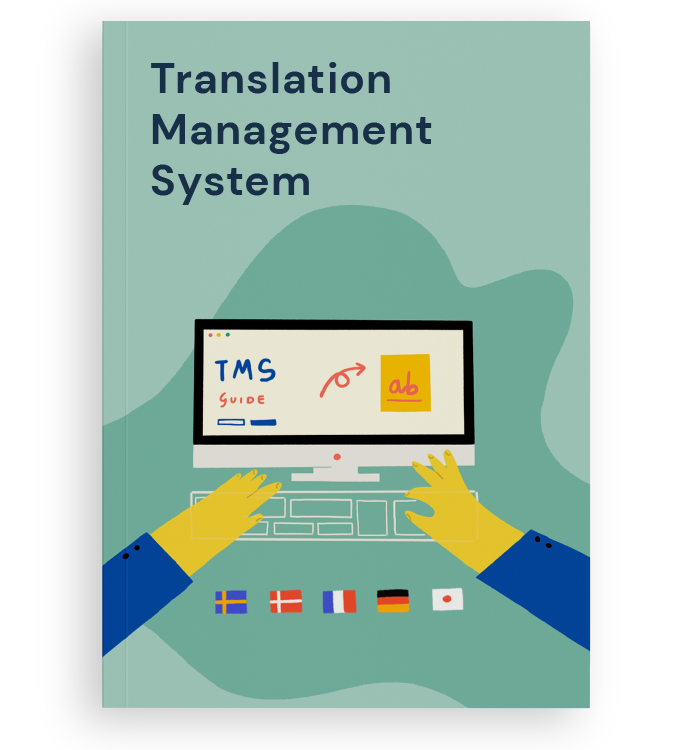 The simple guide to transforming your localization workflow
Download guide

Read by more than 2.2k people